SCS Concept and DMG Torino have launched a new high-tech application, which projects visual instructions to guide the operator through the production process.

The system is composed of projector and detection devices that display instructions for the assembly directly on the production piece. 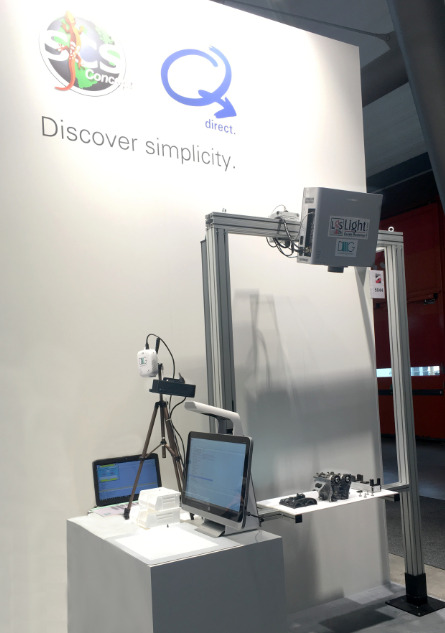 The operator’s movements are monitored with a camera and recognition algorithms. The system monitors the assembly process; in case of error, it automatically advices the operator to correct the sequence, before continuing.

Thanks to the powerful and intuitive software LGS, it is possible to implement guided sequences for an unlimited number of product variants, with applications in assembly, in logistics, in training and medical fields; using graphical high-impact tools, such as text, images and video. These objects, can also be projected on moving parts, synchronizing with the speed of the assembly line or by using vision systems to perform the “tracking” of carriages moved manually.

The open software allows connection to a wide variety of devices and is designed to connect to MES systems and PLC.

The assembly operations controlled by the system can be manual action on the workpiece in production, as well as tightening of joints and bolts through tightening tools, for exampledigital torque wrenches SCS, which are programmed and communicate the result in real time.

The LGS system can be connected to the device as a production management software VPG+, making thus the currently most advanced augmented reality system applied to manufacturing.